It’s the home of American winemaking, the place where wealthy San Franciscans escape to on the weekend, and the location of some of the most valuable property in the entire United States. Here’s a short guide to Napa Valley and Sonoma County, otherwise known as Northern California wine country.

Get to know wine country

If you’ve heard of California wine country, you’ve probably heard of Napa Valley, a region that’s almost as famous for its acclaimed fine dining as it is for its legendary wine. Napa Valley runs northeast from the San Francisco Bay Area; the main towns are dotted along Highway 128, from Napa township in the south to the spa resort of Calistoga in the north. To the west, stretching all the way from the Napa border to the Pacific coast, is Sonoma County. Sonoma styles itself as a more relaxed, less pretentious alternative to the better-known Napa Valley, but with wines that are easily Napa’s equal. Both regions are remarkably easy to reach from San Francisco: cross the Golden Gate Bridge as the shadows lengthen and you’ll be there by cocktail hour. 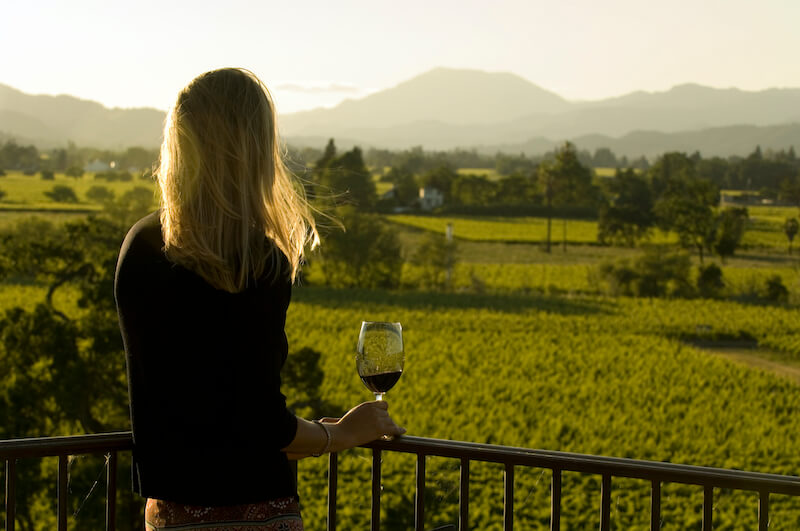 You’ll find pinot noir in the south, and zinfandel in the north, but Napa Valley is ruled by one grape variety: cabernet sauvignon. The cab savs from Napa’s hillside wineries like Stag’s Leap Vineyards, Hall Rutherford and Hartwell Vineyards are peppery and savoury; down in the valley, the reds are more fruit-forward and lush. Mondavi Winery and the Francis Ford Coppola-owned Inglenook are two of the most famous names in Napa’s lower reaches, but there’s fantastic wine to be drunk all along Highway 128.

Nearly as impressive as the wine itself are the magnificent wineries in which it’s produced, many of them built in the style of French chateaux and Italian villas. Don’t miss wineries include V. Sattui Winery near St. Helena, probably the most popular winery in the entire Napa Valley; the majestic Domaine Carneros, founded by the French family behind Taittinger champagne and famous for its sparkling wines; and Castello di Amorosa, an authentic reproduction of a 13th century Tuscan castle, complete with moat and fully equipped ‘torture chamber’. 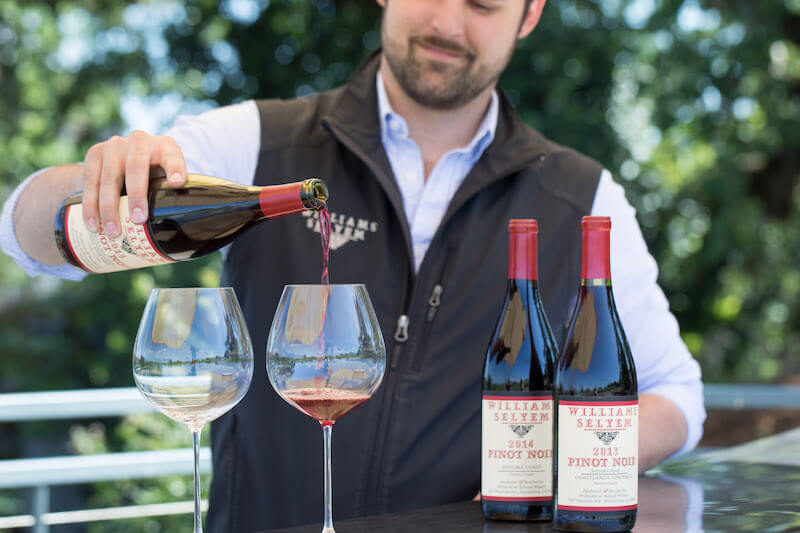 Over in more metereogically diverse Sonoma, there’s a far wider range of wine styles and varieties: sauvignon blancs, chardonnays, merlots and malbecs, plus the ubiquitous zinfandel (also known as primitivo). Chardonnay lovers should head straight for the wineries of the Russian River Valley in the centre of the county; Patz & Hall, Paul Hobbs and Kistler Vineyards are among the most acclaimed names here. Want to get to know zinfandel? Drive just outside Sonoma township to Ravenswood Winery, whose founder Joel Peterson is known as the “godfather of zin”. Located nearby, Buena Vista Winery is California’s oldest commercial winery and a lovely place to try a variety of cooler-climate wines, including pinot noir and refreshing, lower-alcohol chardonnay. 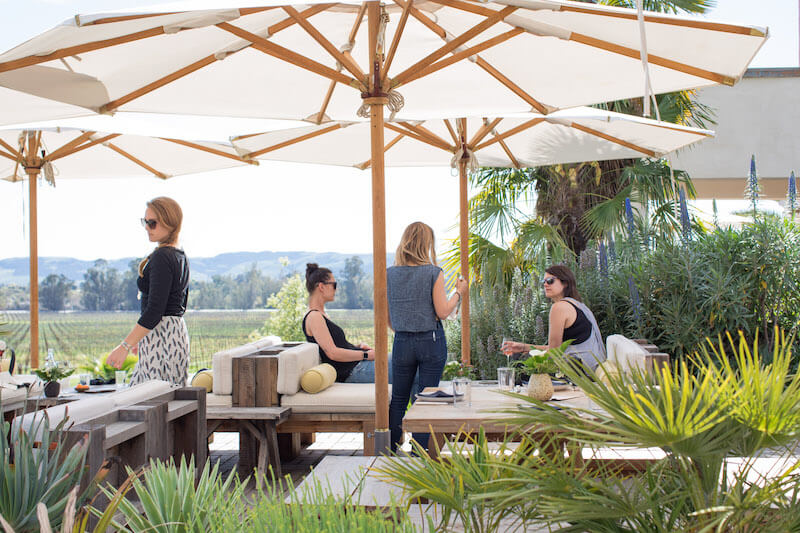 At the base of the Napa Valley, Napa township (known locally as Downtown Napa) boasts some of the best dining in the area, along with the liveliest nightlife. Grab a coffee or light lunch at Oxbow Public Market, a popular upscale food hall, and head to Charlie Palmer Steak at the boutique Archer Hotel for superb steak and seafood. Up the road in St Helena, the Farmstead restaurant at Long Meadow Ranch winery is a don’t-miss. The menu here is authentically farm-to-table, and it's a rare ingredient indeed that isn't sourced from their own certified organic farm.

These are all great dining destinations, but if you’re talking about Napa fine dining, you have to talk about Yountville. Housed in a two-storey wood and brick cottage on the small town’s main street, The French Laundry has received every possible culinary accolade including, since 2007, three Michelin stars, the highest possible rating. Tables are notoriously difficult to snag – if a Napa Valley visit is on your horizon next summer, book now.

Over in Sonoma, the acclaimed Girl & the Fig serves “country food with a French passion’ (translation: exquisitely prepared bistro fare) at the historic Sonoma Hotel, while the vineyard views and fairy lights make John Ash & Co one of Sonoma’s most romantic al fresco dining spots. The charming town of Healdsburg, unarguably Sonoma’s culinary capital, has an array of delicious options. Our top three includes the elegant Dry Creek Kitchen (try to book a table on the vine-covered verandah overlooking the town plaza); the Michelin-starred Madrona Manor restaurant, housed in a Victorian mansion in the hills; and the superb three-Michelin-star SingleThread, which offers an 11-course tasting menu tailored to your dietary preferences. Finish your night at Duke’s Spirited Cocktails, specialising in craft cocktails with spirits and bitters made from local Sonoma County products, as well as ingredients from the bar’s own gardens. 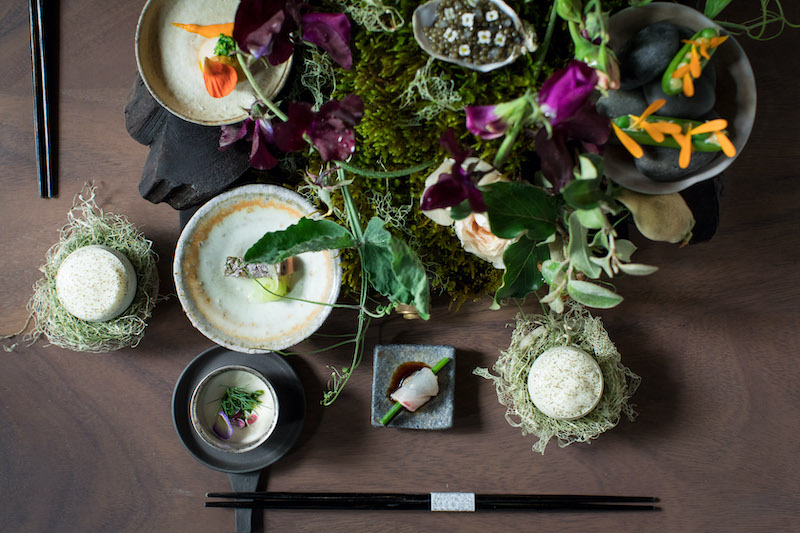 It might not seem like it, but there really is more to wine country than eating and drinking. The Napa Valley Wine Train is a popular and luxurious way to experience the valley’s gorgeous landscape from the comfort of a plush leather armchair. Its mahogany, brass, and etched glass evoke the glamorous era of early 20th century train travel, and while most trips include stops at wineries, there are also shorter sightseeing-only options available.

In St Helena, the Robert Louis Stevenson Museum claims ownership of the largest collection of “Stevensonia” in the world, including the Treasure Island author’s personal library and hundreds of other possessions. The area’s connection with the Scottish author? The Silverado Squatters, his account of a penniless but happy honeymoon spent in an abandoned miners' bunkhouse near Calistoga in 1883. In Sonoma, wander the charming well-preserved towns of Petaluma and Healdsburg; spend a few peaceful hours among the giant coastal redwoods of Armstrong Redwoods State Natural Reserve; or escape to the Pacific coast for a day’s hiking, beachcombing or whale watching. 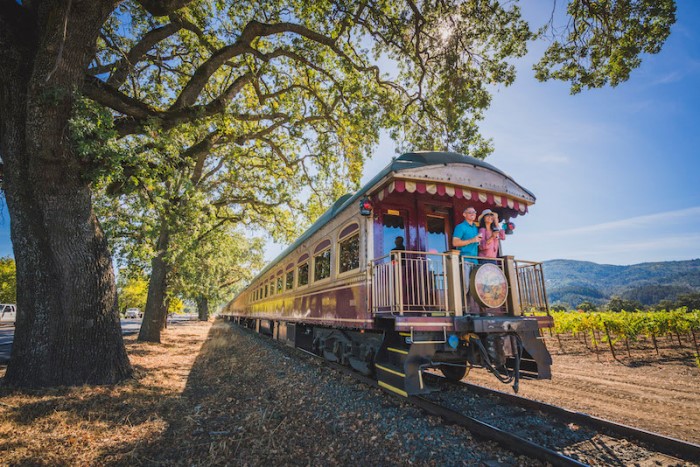 Land of the Rising Sun